AMERICA GOES TO WASHINGTON
THE PEOPLE SPEAK — WILL CONGRESS LISTEN?
"FREEDOM DIES A LITTLE BIT TODAY"
ARE TEA PARTY CONSERVATIVES RACISTS?
FREE SPEECH AND THE POLITICS OF “SHUT UP”
WINSTON-SALEM TAX DAY TEA PARTY
FACES OF THE TEA PARTY MOVEMENT
RESTORING HONOR RALLY — 8/28/2010
ONE NATION WORKING TOGETHER RALLY
RALLY TO RESTORE SANITY AND/OR FEAR
“NO LAME DUCK” RALLY
RELIGIOUS FREEDOM AND THE “SLIPPERY SLOPE”
HANDS OFF MY HEALTH CARE — AND MY LIBERTY! 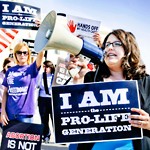 Hands Off My Health Care — and My Liberty!

THE U.S. SUPREME COURT held three days of oral arguments on the Patient Protection and Affordable Care Act — aka ObamaCare — from March 26–28, 2012. Arguably, not since the 1973 Roe v. Wade decision has a ruling by the High Court held such profound significance for the nation. And increasingly, as the American people learn more about ObamaCare, the less they like it. In fact, a significant portion... [Read more] 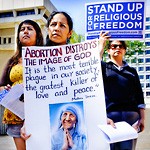 Religious Freedom and the “Slippery Slope”

ARE WE TOO BUSY, or too disinterested, to be bothered by incremental losses of freedom? If our lives are not directly affected by such losses, one might be tempted to think, Why bother getting involved in political issues? Yet to fail to do so to some extent is to neglect what the Founders prescribed — that the American people themselves must be the guardians of the Republic. Borrowing from Ben Franklin:... [Read more] 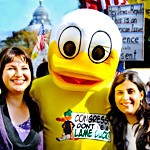 I TOOK A CHARTERED BUS TO WASHINGTON, D.C. on Monday, November 15, 2010, in order to document the November Speaks Rally — aka the “No Lame Duck” Rally — sponsored by Americans for Prosperity (AFP). Citizens converged from surrounding states to attend the rally, which took place adjacent to the U.S. Capitol in front of the Cannon House Office Building. Washington, D.C. — "It is... [Read more] 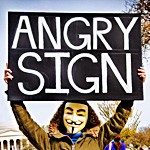 Rally to Restore Sanity and/or Fear

OVER THE PAST YEAR, I’ve traveled to the nation’s capital numerous times to document a variety of rallies — both conservative and liberal. None of the previous rallies, though, was anything like the Rally to Restore Sanity and/or Fear held on October 30, 2010 on the National Mall in Washington, D.C. Honestly, I wasn’t sure what to expect of the rally, as it was billed as a “non-protest”... [Read more] 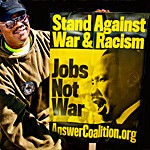 One Nation Working Together Rally

I’M A FREELANCE PHOTOGRAPHER who is politically conservative. Until about a month ago, I’d only documented conservative political rallies, including Glenn Beck’s “Restoring Honor” Rally held on August 28, 2010 at the Lincoln Memorial. Having received press clearance for the liberal-progressive One Nation Working Together Rally, I drove to Washington, D.C. from North Carolina... [Read more] 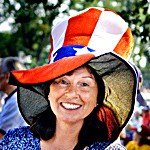 FAITH, HOPE AND CHARITY — not politics — were the subjects of Glenn Beck’s “Restoring Honor” Rally held on August 28, 2010 at the Lincoln Memorial in Washington, D.C. Judging from much of the media coverage, the rally’s overtly spiritual content led many news correspondents into unfamiliar territory — into the realm of the Spirit. Expecting “political activists,”... [Read more]